ADD-essories -> ADHD-ADD Tips -> Just Do Something
Share for others

Many people with ADD / ADHD develop certain behavioral deficits. Unlike ADD itself, these issues are learned behaviors, often caused by dealing with ADD, but they are not biological, like ADHD is. One of the common problems is procrastination.

Procrastination in people with ADD often develops from the constant switching of priorities in the executive center of the brain in response to unfocused brain activity. In some people, this can develop into a form of perfectionism where the brain can’t decide what activity to pursue because it knows that there is every possibility that it will not be pursued to the end. Add that to the fact that most ADHD folks have a to do list a mile long, and a full calendar, in order to keep everything straight, and there is a very real issue with what is the “right thing” to be doing right at this moment.

As a father of younger kids, I have a certain fondness for the movie Finding Nemo. In it, a fish named Dory, who has short-term memory problems, gets through life by repeating the mantra, “Just keep swimming.” It’s another way of saying just keep going, but for fish. The best part, is she sings it. I’ll let you Google up a YouTube video to get the tune if you don’t already know it.

As it turns out, one of the best ways to fight procrastination, is to get started. This is a no-brainer, but when you deal with a non-optimal executive function in the brain, it can be easier said that done, especially, when you aren’t sure which of your important to-do tasks is the “best” on to start on. Even worse, this can lead to self-punishment or self-hate when you look back on your day, and instead of being proud that you accomplished some things, you beat yourself up because you didn’t do the right things (or enough things but that’s a another issue for a another time.)

Now, it doesn’t fit the song, but the whole idea is to just do something important, or something that matters, or something that needs done. It doesn’t matter which. As long as what you are doing is not goofing off, or wasting time, you are winning. I’m sure you’ve noticed in your own brain that once you get started on doing a task, any task, that continuing forward becomes much easier than starting. This is a function of the process that sometimes leads to hyper-focus. If you can harness that momentum to move on to the next task, it’s that much better.

As it turns out, for most people –with or without ADD– it is impossible to do all of the important, must do, or needs done tasks in any one block of time. The key, is to not let those tasks build up to the point where not doing them affects your life, or to the point where the maximum tasks you can do is still not enough to move forward.

So, if you need to do laundry, write a paper, submit your time sheet, schedule the cat’s vet appointment, find your tax forms, and hunt for some new freelance writing clients, there is really no way you are going to sit down and do all of those things at once. (If you can, please do and stop reading this 🙂

What you need is to do SOME of those tasks so that the next time you sit down, you can do some of the others, plus whatever has come up since then. The key is to realize that doing ANY of those tasks is better than consternation about which tasks to do. Disaster comes from spinning your wheels so long that you only do one, or none of those tasks when you have the chance. To avoid that, just do something, just do something.

By just picking one of those activities and getting started, you’ll get momentum to no only possibly complete that task, but hopefully enough to keep going onto the next task as well. If you do three things off that list, your list is smaller for next time, no matter what those three things were. 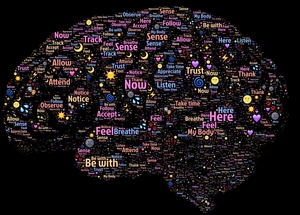